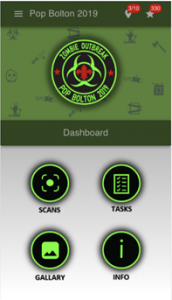 The idea of electronically recording points for Pop Bolton was highlighted early in the planning for this year’s event. The organising team saw how complicated it was using a physical scoring system during past events, and we wanted a system where the teams would be able to see their scores throughout the day to keep the competition dynamic and competitive. The Crew additionally wanted a way to track the location of the players in real time to ensure that if something did go wrong, we would be able to locate them.

The development of the app was done by Michelle’s partner Gerhard, who created a basic idea of the app by August 2018. Between August 2018 and May 2019 Gerhard had created no less than 4 versions of the app changing the interface layout and design after every meeting with the organising team. To complicate this process even more, Michelle and Gerhard emigrated to the Netherlands in January 2019, and all communication over the app’s development was completed over Skype and WhatsApp.

We decided on a system where teams would scan QR codes to receive the location of the next base as well as a list of STAs that could be completed in order to collect points. With every 100 points the players would receive a clue to the location of the cure. Due to some limitations on the app database the videos had to be sent to Michelle in order to complete a question with the corresponding video code.

The app was used in this way to ensure that teams did not just focus on the STAs or just completed the bases like what the team experienced at last year’s event. We wanted the teams to be kept on the move, this would be especially necessary for the inclusion of night bases were the teams would be required to hike cross country. The way the app was designed, the players would be able to play the game in a variety of ways, meaning that teams could be tactical in accumulating points early on to end the game before other teams had the chance, or by just completing tasks they wanted. Additionally, the players were able to upload their photos on to social media platforms off the app, this allowed for the public and other teams to be constantly aware of the movements of the other players. 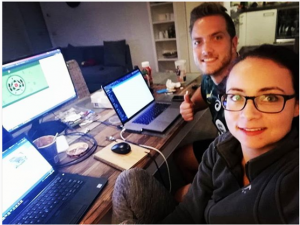 Use during the event

Michelle and Gerhard, located in the Netherlands, acted as the command centre for the event due to them being able to have constant internet connection and the facilities to collect data from the 19 participating teams. Between the two of them they continuously updated the app fixing problems encountered by the players and managed the approval and scoring of answers, photos and videos submitted by the players via the app and WhatsApp. The command centre skilfully managed to keep the app up to date with real time scores being displayed to all the teams throughout the event and posted pictures and videos to the Pop Bolton Instagram page.

In the field, the base-leaders used the app to score the team’s performance allocating the players a score out of 50, these were inputted into the app and captured by the command centre before being sent out to the players. 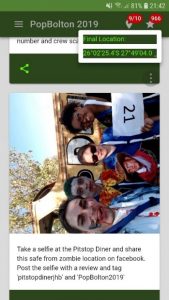 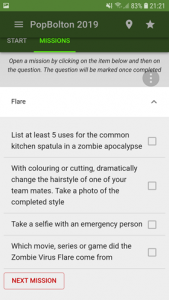 From the players perspective:

Helen (45th Prometheus Rovers) said: “I think that the app worked really well, it definitely gave each team an idea of where they stood and encouraged teams to do the STAs or fail 🤣. Obviously, there were a few cracks (sorry again) but they were solved fairly easily and the whole thing worked really well.”

For some more in-depth details regarding the app and its creator you can view it here: 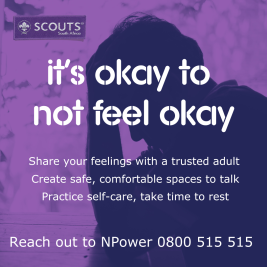