SCOUTS South Africa is pleased to announce the appointment of Ahmad Alhendawi as the next Secretary General of the World Organization of the Scout Movement (WOSM), the youngest in the history of the organization. “I am honoured and humbled to be offered the opportunity to serve as the Secretary General of this unique organisation representing the largest educational youth movement in the world,” said Mr Alhendawi upon accepting the offer.

A passionate advocate for young people, Mr Alhendawi has served in various capacities in regional and international organisations, rising through the ranks to the position of United Nations Envoy on Youth in 2013. Mr Alhendawi believes in giving a voice to young people and recognises the importance of youth empowerment and involvement in global and local issues.

Mr Alhendawi, born in Jordan in 1984, holds a Master’s degree in Advanced European and International Relations, a diploma as “Policy Officer in European and International Organisations” from the Institut Européen in Nice, and a Bachelor’s degree in computer information systems from the Al-Balqa Applied University in Jordan. Perhaps most importantly, he was once a Scout himself and has remained a strong supporter of WOSM and a familiar face at international Scouting events. He visited the 23rd World Scout Jamboree in Japan last year and most recently the Roverway in France.

“I am confident Scouting holds a solution for youth development in the 21st century. I look forward to working with WOSM’s team to expand the Movement and deepen its social impact, while continuing to create a better future for children and young people.”

Following the announcement of Mr Alhendawi’s appointment, Dr Brendon Hausberger, SSA’s Chief Commissioner commented, “We face very uncertain times South Africa and throughout the world. Like Mr Alhendawi, I have no doubt Scouting can make a significant difference for our young people. After all, they are tomorrow’s political and business leaders. We are grateful to Mr Alhendawi for accepting to guide our movement so we can reach out to everyone and grow.”

Mr Alhendawi succeeds Scott Teare, who retired last month. He is expected to begin his first day in office at the World Scout Bureau, Global Support Centre in Kuala Lumpur, on 1 March 2017. As the Secretary General of WOSM, Mr Alhendawi will be entrusted with the mandate of promoting and safeguarding the interests of the Scout Movement. As its Chief Executive Officer, he will also direct its Secretariat, the World Scout Bureau.  -End –

About SCOUTS South Africa: SCOUTS South Africa is an independent, non-profit educational movement dedicated to the development of young people in achieving their full potential as individuals and responsible citizens. Central in this programme is a continuous transference of values such as honesty, loyalty, responsibility, respect; all aimed at governing individual behaviour and the development of strong leadership skills that will equip members to be of service to others and to their communities.

About the World Organization of the Scout Movement (WOSM): Scouting is one of the world’s leading educational youth movements, engaging millions of young people around the world to be active citizens to create positive changes in the communities they live in. Since 1907! Founded by Lord Baden-Powell, WOSM is a confederation of 164 National Scout Organizations in a network of over 40 million members, including some seven million volunteers. As it has been doing for more than a century – creating a better world – it will continue to do so, and even better with the many Messengers of Peace across the globe. 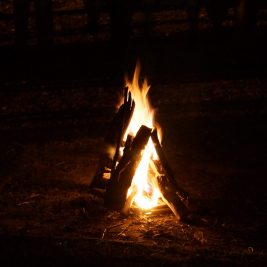 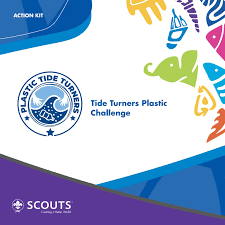